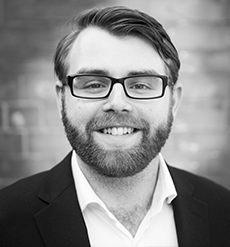 "Without the award I received from the Dewar Arts Awards it would not have been possible to complete my studies. Thanks to their incredible generosity, I am now able to move forward into life as a professional singer."

Colin Murray discovered singing at a young age, taking part in the National Boys Choir of Scotland before graduating to the National Youth Choir of Scotland. Through NYCoS, Colin had the privilege of singing in some of Europe’s finest concert venues whilst he was still a teenager. These experiences, alongside the top musicianship training offered, gave him the passion and the opportunity to pursue singing further by gaining entry to the Royal Conservatoire of Scotland.

Colin’s operatic engagements include the role of ‘Harry Easter’ in The RCS production of Kurt Weill’s ‘Street Scene’, the title role in Victor Ullman’s ‘Der Kaiser von Atlantis’ and covering the role of ‘Belcore’ at the inaugural New Generation Festival in Florence. In his time at the RCS he performed several roles, including ‘Le Roi Mark’ in a rare staged performance of Frank Martin’s ‘Le Vin Herbe’, ‘Don Alfonso’ in Mozart’s ‘Cosi Fan Tutte’ and ‘Father’ in Humperdinck’s ‘Hansel und Gretel’ in a performance opening the 2016 Saint Magnus Festival on Orkney. Outside the RCS, Colin is a founding member of the company Raucous Rossini, and has performed the roles of ‘Blansac’ in ‘La Scala di seta’ touring Britain and Italy.

Colin is an accomplished concert soloist and award-winning ensemble singer. He works regularly with many of Scotland’s biggest choral societies and recent high-profile appearances have included Elgar’s ‘Dream of Gerontius’ and Walton’s ‘Belshazzar’s Feast’ at Glasgow’s City Halls.  He is passionate about ensemble singing and in 2017 won the Governor’s Recital Prize for Chamber Music at the Royal Conservatoire, part of the first vocal ensemble ever to do so. Colin is a founding member of the ‘RCS Voices’ and a regular choral scholar with the choir of Paisley Abbey.

Colin’s award supported him in completing his postgraduate studies at the Alexander Gibson Opera School at the Royal Conservatorie of Scotland, where he studied with Scott Johnson.

"Without the award I received from the Dewar Arts Awards it would not have been possible to complete my studies. Thanks to their incredible generosity, I am now able to move forward into life as a professional singer."