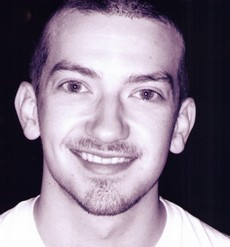 Hailing from Port Glasgow, Craig first started studying dance at Anniesland College. His talent quickly shone through when his choreographed piece ‘Three’s a Crowd’ won gold in both the UK Skills Challenge and Craftex UK. He performed in Barcelona at the International Dance Grand Prix with the successful hip hop troupe which won the gold medal. In his last year at Anniesland, he won the Chairman’s Award, given to the most outstanding student of the year.

Since a young child Craig has wanted to perform. While at Anniesland College his choreographic work stood out as original and imaginative. His combination of natural facility, musicality and sheer hard work enabled Craig to make huge improvements to his dance technique. Winning a place at the London Studio Centre will enable him to work towards his ultimate goal.

Craig is considered to have the physical abilities, mental attitude and potential to reach the highest levels in his profession. The only thing stopping him was lack of financial support to pursue his dreams.

The Dewar Arts Award will help Craig through his studies at the London Studio Centre. After a successful first year at the Studio Centre, Craig writes, “I have enjoyed my first year and can feel that I have improved greatly since beginning.” His support has been extended for a second year. Later, after a successful second year, Craig’s support was extended into his final year.

Craig successfully completed the theatre dance course at London Studio Centre with a Distinction and Merit Plus in Musical Theatre. He sang the role of Reverend Shaw in the LSC’s final year production of ‘Footloose’ and was subsequently one of 12 students to audition successfully for a place on the Agents Showcase at the Criterion Theatre in London. He is now signed to CBL Management. Craig has joined the 2010-11 UK tour of ‘Joseph’ where he was offered swing.