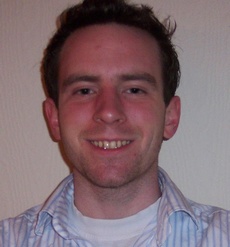 I am delighted I have been offered a Dewar Arts Award as this will now allow me to study at RAM, London.

Fife-born Daniel Short recently graduated from the University of Strathclyde with a first-class honours degree and as the winner of the ‘Alexander Stone Solo Performance Award’.
One of a small band of Scottish jazz guitarists, Daniel won a coveted place on the Masters course in jazz guitar performance at the Royal Academy of Music. He is currently resident guitarist with the award-winning Strathclyde Jazz Orchestra, the Tommy Smith Youth Jazz Orchestra and principal guitarist with the Strathclyde Guitar Ensemble.

Daniel hopes to champion the development of a unique Scottish jazz voice in guitar, especially now that jazz music is becoming a strong feature of Scottish culture.

Daniel stood out from the crowd at the University of Strathclyde with his exceptional talent, musicality and dedication to become an accomplished performer. Progressing to the Royal Academy of Music is the next step to develop his talent.

The Dewar Arts Award is helping to finance Daniel through a Master of Arts in jazz guitar performance.

In his first year at the Academy, Daniel participated in master classes with Dave Liebman, Jerry Bergonzi, John Taylor, Jason Moran and Joe Lovano.  A jazz group which Daniel helped set up at the Academy competed in the International Kodolanyi Jazz Competition in Hungary, where they won a special award.

Daniel achieved Master of Music Concert Project with merit. During his studies Daniel was able to perform in many of the famous venues in the UK, including the Royal Albert Hall, the Vortex Jazz Club, 606 Jazz Club and Ronnie Scott’s, and he performed regularly in the West End, in the show ‘Jersey Boys’ and as a support act for Elton John. Daniel’s highlight was performing with two of his music heroes, Stan Sulzmann and John Taylor. Daniel has since started his own jazz group and performed his own compositions at the Vortex and 606 jazz clubs. Daniel’s aim is to continue performing with his group and to organise and record a series of concerts.

I am delighted I have been offered a Dewar Arts Award as this will now allow me to study at RAM, London.