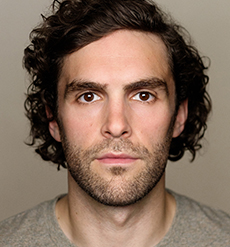 "This award has provided me with what I have always desired: the ability to work tirelessly and completely on becoming a professional actor...From the bottom of my heart, thank you"

Ewan was born in the Scottish Highlands and moved between parents on the East and West Coast of Scotland whilst growing up. In his final year of secondary school he made the move to Ullapool, where he was introduced to acting in a production of Shakespeare’s Romeo and Juliet. This proved to be a life-changing experience for Ewan, who found such resonance in his role as an actor that this resulted in a shift of mind set and a new trajectory for his ambitions.

Ewan auditioned for the Royal Scottish Academy of Music and Drama (RSAMD), and although he reached the final stage of auditions, he was encouraged to gain a little more life experience first. In response to this suggestion, Ewan completed a one year course at Telford College in Edinburgh, then worked with the Scottish Youth Theatre and Mary McCluskey, touring around Scotland with a show written by Brian Cosgrove. After the tour, Ewan completed an Honours Degree whilst working to support himself in his studies.

After an intense audition season in 2017/18, Ewan gained places and scholarships to many of the UK’s top drama schools. He chose to study at the Royal Conservatoire of Scotland, and having continued to develop his technique as an actor has been recognised as an exceptional student by his teachers:

‘From the second that Ewan arrived at RCS it was clear that he was very talented, committed, extremely reliable, and hardworking student – he stood out immediately. He is an exceptional student and wonderful person and he is a joy to work with. He is a real artist.’ – Katya Kamotskaia, Acting Lecturer, RCS

Ewan has also performed the leading role in a short film that has experienced some international success and continues to look for roles that challenge and develop his playing diversity, a challenge that he is enjoying at drama school. The director of SKIN (2017), Alasdair Boyce, stated:

‘Ewan very quickly grasped the complexities of the character and was able to adeptly interpret them into his performance. Despite a primarily stage based background Ewan adapted very quickly to the process of acting for screen. I was initially concerned that his performance may be too theatrical for the sullen and brooding fisherman but Ewan very quickly dispelled these concerns by delivering a masterfully understated performance in which he very convincingly and emotively managed to say everything without saying anything – a technique that I find crucial to dramatic realism.’

Ewan is now set on achieving his unwavering ambition to become a professional and versatile Scottish actor for film, stage and television.

Ewan received a Dewar Arts Award to support him in his studies at the Royal Conservatoire of Scotland.

‘This award has provided me with what I have always desired: the ability to work tirelessly and completely on becoming a professional actor and the skillset that I see necessary for this. It has removed the pressures that can be added by life and, in place of them, given me freedom and space to focus all of my energy on the work. Being given this opportunity, after having to wait with burning ambitions, means so much to me that I am deeply moved whenever I spend any time thinking about it. It is both rare and wonderful and so deeply appreciated. It is actually very difficult to put into words how it feels. I just look forward to showing how I have used the resulting freedom, space and time provided by the award as it is already having such an enormous influence on the craft I am developing at the Royal Conservatoire of Scotland. From the bottom of my heart, thank you.’

"This award has provided me with what I have always desired: the ability to work tirelessly and completely on becoming a professional actor...From the bottom of my heart, thank you"