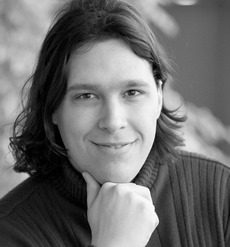 I should tell you how glad and proud I am with this. Thank you (for believing) in my talent.

Brazilian baritone Felipe Oliveira’s parents told him to choose anything but music to study after graduating from high school. First he tried law and then medicine.

Felipe was 15 years old when he won a place in Brazil’s prestigious Alagoas State Choir and three years later became one of their soloists. Whilst still a medical student he decided to enter a singing competition and won the Revelation Prize. The jury, which included directors of two of the major international opera companies, told him to keep singing as he had talent.

Felipe gave up his medical studies to follow his dream of becoming an opera singer, firmly believing that one day he would be singing in the finest opera houses of the world.

He rapidly distinguished himself in competitions by winning in 2005 1st Male Grand Prize – Chamber Category in the Brazilian Voice Competition and 1st prize – Master Category in the Singing Festival of Maranhao State, amongst many others. He participated in many prestigious master-classes and performed in several opera productions.

Felipe first heard about the RSAMD in Glasgow from a Brazilian friend of Scottish parentage who had studied there. In 2006 he won a place on the MMus (Opera) course and, such is his outstanding talent, was immediately cast in two of the Academy’s opera productions, the title role in Tchaikovsky’s ‘Eugene Onegin’ and as Guglielmo in Mozart’s ‘Cosi fan Tutte’. Later he was selected by the distinguished German conductor, Lutz Köhler, to perform in Handel’s Messiah in 2007.

Felipe is considered to have a voice of substance, quality and power and a compelling energy and presence on stage. The finest opera houses of the world beckon.

The Dewar Arts Award will help to support Felipe through his MMus (Opera) course at RSAMD, Glasgow.

Felipe’s tutor writes, “His first year in the Opera School saw him appearing already in principal rôles in Gianni Schicchi (an amiable and well-sung performance of one of Buoso Donati’s drunken relations!) and, more impressively, the title rôle in Mozart’s Don Giovanni in June. In this rôle, which he sang in all four performances, he demonstrated a natural ease for the stage….and [he] proved his ability to learn and absorb detailed suggestions from musical, vocal and language coaches.”

Felipe is now seeking auditions with some of the main European opera companies.

I should tell you how glad and proud I am with this. Thank you (for believing) in my talent.