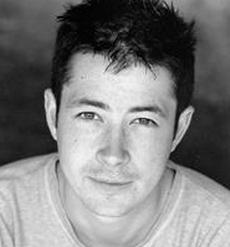 Can I ... say how delighted I am to have been selected for one of the awards. It was a surprise to me and words cannot express how thankful I am.

Dundee-born Fingal discovered a talent and passion for theatre at the age of 15, in particular for Shakespeare’s language and fantastical characters. He was a member of the National Youth Theatre from 2003-2006 and was their representative for the City of Edinburgh.

Fingal’s ideal job would be acting with the Royal Shakespeare Company. Already he has trained with actors from both the RSC and the National Theatre in London, has worked on television and, most recently, in the film ‘Hallam Foe’, starring Jamie Bell.

Before pursuing a career in acting, Fingal gained a science degree from Edinburgh University and, rather more romantically, worked as a spear fisherman in Greece as well as a crew member on boats operating out of the East Coast of Scotland. All of this has given him valuable life experience which he can put into future performances.

Fingal has gained a place on the postgraduate acting course at the Drama Studio, London, whose alumni include Forrest Whittaker and Emily Watson. The Drama Studio is particularly well-known for its exceptional training in classical acting, particularly in Fingal’s beloved Shakespeare. Fingal is considered to be highly talented, and already displays the instincts and artistic honesty of a professional actor.

The Dewar Arts Award will help Fingal through his studies at the Drama Studio, London.

Since graduating, Fingal has appeared in two stage plays, played the lead in a WW1 feature film and in a new play for BBC radio. Following these jobs, he has been signed up by an agent. Fingal writes that the support from the Dewar Arts Awards, “has given me the opportunity to realise my dreams. I cannot express the feeling of gratitude I have in words..”

Can I ... say how delighted I am to have been selected for one of the awards. It was a surprise to me and words cannot express how thankful I am.