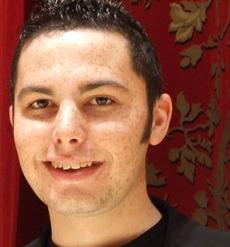 The Award will greatly help me towards the cost and will allow me to get a far better instrument than I could afford without your assistance.

Fraser, who hails from Carnoustie, started to play the tuba at the age of 14. He was accepted onto the RSAMD Junior Academy which is designed to encourage young musicians of talent and is now in his second year studying music at the RSAMD proper.

Fraser’s ambition is to be an orchestral player. He has already worked for a number of Scottish and European orchestras, including the NYOS, European Brass Band and most recently with the St Petersburg Ballet orchestra on their recent European tour. He is a recent winner of the RSNO tuba apprenticeship scheme.

The combination of Fraser’s natural talent and self-drive has got him noticed at RSAMD. Whilst still only in his second year, he is frequently chosen to play principal tuba in the RSAMD’s first orchestra and its signature ‘Academy Brass’ ensemble, which has built a considerable reputation throughout Scotland.

The Dewar Arts Award has helped Fraser purchase a CC tuba, an expensive but essential part of a tuba player’s equipment.

After getting his new CC tuba, Fraser auditioned for, and won, an apprenticeship with the Scottish Opera, enabling him to sit with the brass section of the orchestra. He was told after his audition that part of his success was due to having the right instrument, that is one which could play the bigger, operatic repertoire. Fraser then moved on to an apprenticeship with the RSNO, confident in the knowledge that he had the right instrument to play the repertoire. This has all contributed to him gaining the confidence in the professional setting.

The Award will greatly help me towards the cost and will allow me to get a far better instrument than I could afford without your assistance.