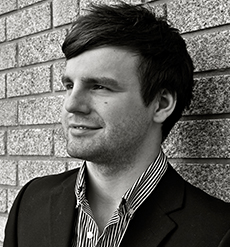 Born in Glasgow to a musical family (his father an opera singer and his mother a singing teacher), Graham grew up in Paisley and began singing at the age of five in the Paisley Abbey Choir.  During his 16 years as a chorister he became Head Boy (age 9) and Choral Scholar (age 15).

As a treble, Graham sang with the Scottish Opera and the RSAMD (now the RCS). He also learned piano and continued his studies at the Junior RSAMD before gaining a place at the Douglas Academy Music School.  During this time he developed his performance skills by singing with a number of choirs, including the National Youth Chamber Choir of Scotland, the RSNO Chorus and the RSAMD Chamber Choir.

Graham went on to tutor at the Renfrewshire Schools Senior Choir and then to study at the Royal Northern College of Music. He has developed a strong reputation as a performer, both solo and ensemble, and has sung at events as diverse as the proms at the Royal Albert Hall and a Radio 2 live session for Boy George and Clean Bandit (with the BBC Philharmonic).

Graham’s ambition is to pursue a career as a classical soloist.

Graham received a Dewar Award to fund a Postgraduate Diploma in Solo Performance at the RNCM, and a further award for a masters degree, providing the perfect next step towards achieving his ambitions.

Graham attained his undergraduate degree at the Royal Northern College of Music. In his second year he was chosen as one of the apostles for performances and a recording of Elgar’s The Apostles. Performances included concerts at the Bridgewater Hall and a prom at the Royal Albert Hall. The CD gained the Gramophone Recording of the Year, amongst other awards, and No. 4 in the classical charts.

On the opera stage, Graham was a young artist with Buxton Opera Festival for two years. Roles for the RNCM include Bogdanovich in The Merry Widow and Abraham Kaplan in Street Scene. He went on to be accepted on the chorus list with Scottish Opera.

In his final year of Masters at the RNCM Graham studied with Nick Powell. A composer in his spare time, he has written personal material as well as collaborating professionally. He acted as a composer and music director for the BBC & HBO series ‘His Dark Materials’.  He also writes for Oxford University Press and MacMillan Publishers.