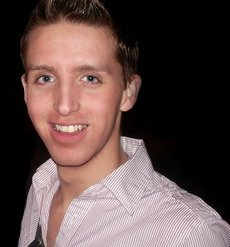 Thank you for this amazing award. I am very grateful.

From the age of 2, John has loved to dance and showed from the start that he had unusual talent. Despite the success of films like ‘Billy Elliot’, it is still tough for a boy to pursue a career in dancing.

Hailing from Motherwell, John has had his share of bullying and teasing. However, according to one of his early dance teachers ‘his understanding of his potential helped him through those difficult teenage years’.

John’s early dance training was at some of the leading dance schools for young people in Scotland. In 1994 he performed in a production of ‘Oliver!’ at the London Palladium. He has also worked regularly in pantomime and in 1999 won the Young Dancer of the Year Competition in North Lanarkshire.

In 2006 John won a funded place at the renowned Bird College, Kent to study dance and theatre performance. His dream is to dance on the West End stage.

The Dewar Arts Awards is helping to fund John through the first year of his studies at Bird College.

After demonstrating excellent progress in his studies, John’s funding was continued for a further two years. He writes, “I feel I have progressed well …[and] consider myself now to be technically stronger which has given me a good base on which to further my technique and strength.”

While still at college, John was invited to audition for Matthew Bourne’s Swan Lake and offered a reserve position in the production. After gaining a good degree, John was signed immediately by an agency and offered a position as singer/dancer on a six-star world cruise ship.

Thank you for this amazing award. I am very grateful.