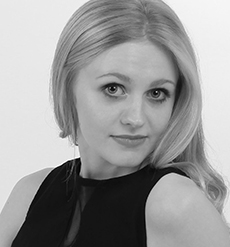 "I am eternally grateful for your support without which [my studies] would not be possible."

After studying at the Music School of Douglas Academy in 2013, Kirsty gained a scholarship for a Bachelor of Music at the Royal Conservatoire of Scotland.

Whilst at the RCS, Kirsty was awarded the Robert Highgate Prize for Excellence in Violin, the Mabel Glober String Prize for Chamber Music and was the reciprocate of the Thomas and Margaret Roddan Scholarship and the Wolfson Scholarship. She was selected to partake in the Cantilena Music Festival, where she performed solo and as part of the chamber orchestra.

In 2014, Kirsty was invited by Jacqueline Ross to take part in Festival MusicAlpe in France, and in 2015 she became a freelance member of the RSNO.

In 2017, Kirsty became a freelance member of the Scottish Ballet and the English National Ballet, as well as graduating from the RCS with First Class Honours. She has performed as a session musician at high profile events including the Evanescence UK tour and alongside Susan Boyle.

Kirsty’s Award supported her in studying a Master of Art at the Royal Academy.

"I am eternally grateful for your support without which [my studies] would not be possible."