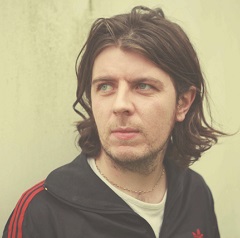 I would like to take this opportunity to extend my sincere gratitude for this generous support…. I am forever grateful.

Paul is considered to be one of the most exciting filmmakers of his generation.

Brought up in Fife, Paul moved to Edinburgh to begin studying film and photography, where he quickly developed a passion for filmmaking. He went on to study film at Glasgow’s RSAMD, where his abilities stood out.

His film ‘Hikikomori’ (cinematographer: fellow Dewar Arts awardee David Liddell) received many plaudits, including a BAFTA nomination for Best Short Film, a BAFTA Scotland win for ‘Best New Work’ and a clutch of other Best Drama and Best Fiction Film awards.  It also caught the eye of the NFTS, Beaconsfield, and Paul was offered a place on their MA in Directing Fiction course.

Through the production and post-production of ‘Hikikomori’ Paul demonstrated the essential discipline required to become a great filmmaker and story-teller, knowing how to tell a story well and balance all the elements of the film to serve the central idea. Paul has already impressed as a filmmaker who is sincerely interested in his art and its possibilities as well as in the world around him and in emotional truth. His is a name to remember.

Paul received a Dewar Arts Award to help him pursue an MA in Directing Fiction at the NFTS, Beaconsfield.

Paul successfully graduated from NFTS with an MA in Directing Fiction. While there, he made a number of short films, one of which ‘Believe’ (cinematographer: former Dewar Arts awardee, Benjamin Kracun) has already won four prestigious film festival awards as well as a special mention at three further international film festivals. His equally stunning film short ‘Until the River Runs Red’ is tipped for similar success.

Paul has signed to Casarotto Ramsay, one of the UK’s most respected film agents, and is developing his debut feature with Zentropa Films. In an article on the state of the British film industry, Paul was described as simply “the future of the British Film Industry.” He writes, “Quite simply without The Dewar Arts Award I would not financially have been able to take my place on the course and I am eternally grateful for your help during this important time in my career.”

In 2013, Paul’s debit feature film ‘For Those in Peril’ received excellent reviews and was screened at Cannes Film Festival. It has since gone on to gain a Scottish BAFTA and a nomination for Outstanding Debut at the UK BAFTAs.

Until the River Runs Red

Interview at the BAFTAs

For Those in Peril

Feature in The Independent

Paul Wright Interview: ‘For Those in Peril’ at Cannes Film Festival

Paul Wright Interview: ‘For Those in Peril’ at Edinburgh International Film Festival

Paul Wright Interview: ‘Until the River Runs Red’ at The BAFTAs

I would like to take this opportunity to extend my sincere gratitude for this generous support…. I am forever grateful.