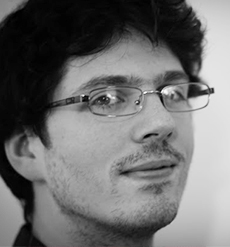 Having lived in Scotland since he was two years old, Peter studied composition at St Mary’s Music School before reading music at the University of York, It was during his time at York that he had his first conducting opportunities. In his final year, Peter was Music Director of the University of York Opera Society, with whom he conducted a staged production of Mozart’s The Magic Flute.

Peter has studied with William Conway and Garry Walker, and has attended courses with Peter Stark. In recent years he has focused his conducting activities towards opera, and has acted as Assistant Music Director to William Conway with Edinburgh Studio Opera. He has worked on Strauss’ Die Fledermaus (2014) and The Magic Flute (2015), and looks forward to returning for Bizet’s Carmen in 2016.

In 2014 Peter founded Opera dei Lumi, who gave their company debut with Mozart’s Così fan tutte to great acclaim. They have since received commendation for concert performances of Le Nozze di Figaro in Berwick Festival Opera and the Edinburgh Festival Fringe.

Peter’s Dewar Award enabled him to explore his fascination with Mozart’s operas, by undertaking a research degree at the University of Glasgow.