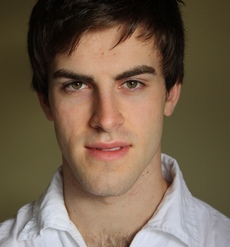 Please accept my heartfelt thanks to the trustees …for this generous award and the opportunity it provides for my further development.

Born in Fife and brought up in Caithness, Philip graduated from RSAMD with a degree in digital film and television and the Paul Kelly Memorial Award. Philip possesses a wide range of talents and skills and is ‘something of a Renaissance man’ according to one of his former tutors, in that he sings, plays a musical instrument, dances, acts, aspires to direct films and speaks Gaelic.

While a student film-maker at RSAMD he was able to take part in drama workshops led by many well-known actors and directors, including Sir Richard Attenborough and James McAvoy.

As part of his degree Philip worked with actors on many film scenes as well as directing scenes in workshop. As a student film maker he has studied acting for screen techniques and while at RSAMD, wrote, directed and appeared in a number of personally-initiated projects, some of which were in the Gaelic language. Philip’s ultimate ambition is to combine acting for screen with film directing. He was accepted by Central School of Speech and Drama, London to study acting for screen.

The Dewar Arts Award helped fund Philip through an MA in Acting for Screen at the Central School of Speech and Drama, London.

Please accept my heartfelt thanks to the trustees …for this generous award and the opportunity it provides for my further development.