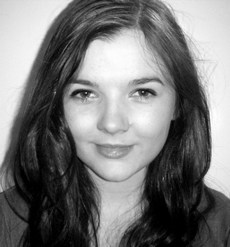 I am incredibly thankful that my nomination was successful and extremely grateful that I have won this prestigious award to help me study. This means the world to me!

Glasgow-born Samantha Shields has already had a taste of film acting, having played the lead role in the Scottish feature film “Wild Country” alongside Peter Capaldi and Martin Compston. But her first love is of musical theatre. Samantha started her training at Stow College, where her formidable talent and skills were first noticed.

After gaining a degree in theatre performance at Stow College Samantha appeared in the production of the musical ‘Faeries’ at the Edinburgh Festival, where she attracted attention. She has won a place on the Master of  Musical Theatre Course at RSAMD, despite having had no formal training in singing. Samantha is seen as hardworking, reliable and extremely talented, a winning combination.

The Dewar Arts Award will help with Samantha’s costs to complete the course.

Samantha writes that the biggest moment of the year was playing Mamie Eisenhower in First Lady Suite at the Edinburgh Fringe Festival, for which she got tremendous reviews. Her most surreal moment was seeing her image on the side of Glasgow buses and on Irn Bru bottles after she was cast as the lead girl in the IRN BRU MUSICAL campaign. After graduating, Samantha played a lead role in a new play at the Oran Mor Theatre and made a short film which will go on the film festival circuit in late 2009.

I am incredibly thankful that my nomination was successful and extremely grateful that I have won this prestigious award to help me study. This means the world to me!