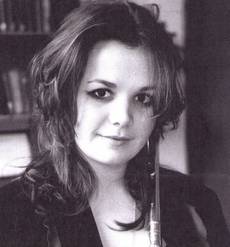 I accept the Award with gratitude. It will help me greatly in the pursuit of my career

Shona was born and brought up in Motherwell. She graduated from the Royal Northern College of Music with a first and, in the words of the head of school, as “one of the finest young musicians we have had the pleasure to teach in many years.” Her final recital mark was one of the highest ever achieved at the RNCM.

Shona has gone on to study for a MMus in Music Leadership at the Guildhall School of Music and Drama, London.

Shona is considered to be unique in that she puts on recitals that not only cover a wide span of repertoire but also include jazz, also at a high level.

In 2004 she won the Stan Barker Memorial Prize for Jazz Improvisation, in 2006 she won the RNCM Concerto Competition and in the same year collaborated with Barbara Thompson on her new work “Quantum Leaps” for flute and string orchestra.

Shona is clearly a flautist of huge potential, who also enjoys promoting Scottish composers whenever she has the opportunity.

The Dewar Arts Awards will contribute towards Shona’s tuition fees at the Guildhall.

Subsequently, Shona switched to pursue a Master of Performance degree. She was particularly inspired by one teacher, Jan Hendrickse, who opened her up to world music and ‘ethnic’ flutes, and also she has been working with renowned composer Barbara Thompson who is writing a flute concerto.

Shona’s ambition now is to write, record and produce her first CD which will be a fusion of all her musical influences and interests. She teaches flute at RSAMD, has set up a community singing groups through her innovative project SoundRoutes and holds the flute chair in the National Youth Jazz Orchestra.

I accept the Award with gratitude. It will help me greatly in the pursuit of my career