A talented classical musician from Paisley, Graham’s Dewar Arts Award supported his studies at the Royal Northern College of Music.

Graham McCusker grew up in Paisley, and began singing with the Paisley Abbey Choir from the age of five. Since then, he has sung with the Scottish Opera, the Royal Conservatoire of Scotland and a range of choirs including the RSNO Chorus. Whilst studying for a masters degree, Graham was diagnosed with leukaemia, but did not let this hold him back. He achieved a distinction in his masters degree, composed vocal music for the soundtrack of BBC’s ‘His Dark Materials’, and now has an album in the pipeline, co-produced and mixed by Robin Mullarkey (who has worked with the likes of Quincy Jones, Sia, Jacob Collier and Jordan Rakei).

Graham first received a Dewar Arts Award in 2014, to support his studies on the Postgraduate Diploma in Solo Performance at the Royal Northern College.  After successfully completing this, he received a further award to enable him to complete his Masters of Music in Performance. We caught up with Graham at the end of his studies to hear more about his achievements. He began by telling us how his illness affected him:

“I was in a position of purgatory, where I had completed my first year (January 2017 – July 2017) whilst still recovering from the chemotherapy treatment I received for leukaemia – I never really knew if I was going to be strong enough or be able to fully complete it. In the end, it was two years out of studying I took, to recover and have lessons with my principal study tutor, privately at his home studio near Stoke-On-Trent. So, I essentially was still living, working and renting in Manchester to make the weekly lessons possible, despite missing my home town of Paisley.

“It become clear, after some highs and lows of everything physically, slowly returning to normal, my body began to be able to deal with what I demanded from it. I felt that in early 2019 it was time to apply for funding for my second year of Masters and I was fortunately successful to secure it to complete my pursuit and dream to be a classical singer.

“Throughout the course and training, there were mainly highs. The main high being, I was fully fit, able to compete and also complete everything to my usual standard before my illness – if not slightly better! The education standard of course was very high. All the lectures and practical lessons were extremely engaging. I especially remember the Opera Scenes in January 2020 being a highlight – I was the lead baritone role in a scene from Verdi’s Un Giorno di Regno.

“The main, prolonged low that occurred…was when COVID-19 hit in mid March. All teaching had to be switched to being taught online. Nick Powell, my 78 year old singing teacher…influenced me through the ever popular medium of the Zoom. His motivational speeches gave me a good focus to continue to develop and progress regardless of the lockdown situation. In turn I am certain this contributed to the outcome of my mark, a DISTINCTION!

“Now, the pandemic is still ongoing so my experience of living as an artist and performer has changed dramatically…My income is composing and teaching remotely. Thank goodness for the internet.

“However, despite all the doom and gloom, an unexpected opportunity did arise which otherwise wouldn’t have. I completed some music of mine and I recorded at Angelic Studios near Banbury with some other fellow professional musicians. A 10 track album, along a more jazz and pop orientated direction, under the name, ‘Marouli’.

“The plan after the mixing stage is completed, is for the album to be mastered and pressed onto vinyl. My main role on the record…is composing the tracks, co-producing it with Robin, arranging the instrumentation, singing all lead vocals and playing some of the piano/keyboard on it.  In the past my music has won awards and been played numerous times on BBC Scotland, BBC 6Music, BBC Manchester & BBC Oxford.

“Aside from all of this personal excitement, I was fortunate enough to be given two contracts with Scottish Opera Chorus.”

Graham feels that the funding he received from the Dewar Arts Awards has made all the difference to his trajectory as a musician:

“I cannot thank you all enough for the award, it has really given me a fantastic start into the business and having attended such a prestigious establishment I have made some incredibly important contacts for the future.”

// Read more about Graham in his Awardee Profile.

// Read more about his work on the soundtrack for ‘His Dark Materials’ in this article. 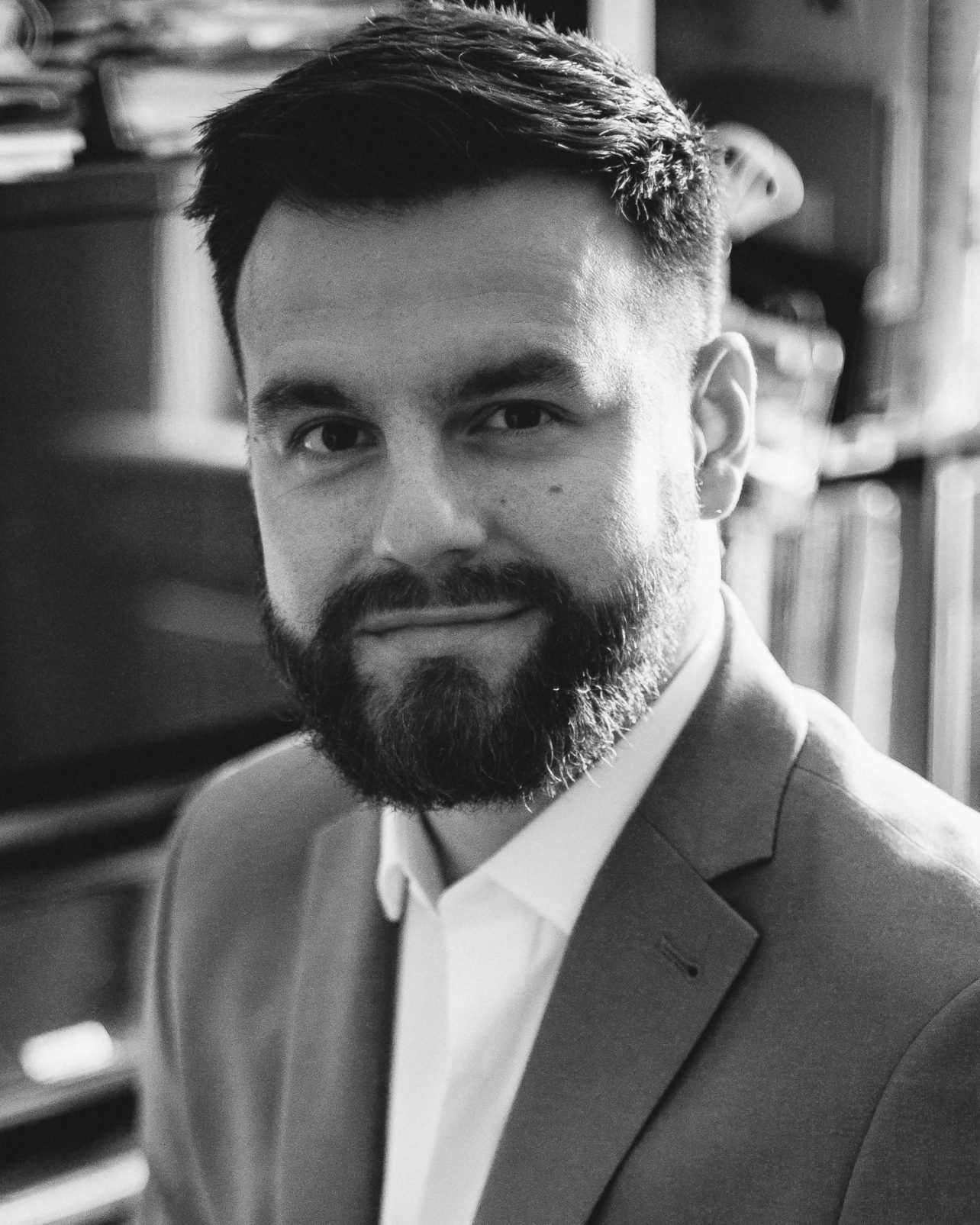