We’re delighted to see that many Dewar Awardees will be appearing at Celtic Connections 2023, which returns for its 30th anniversary edition this month.

The UK’s premier celebration of celtic music, Celtic Connections returns for its 30th anniversary edition this month. Featuring an ambitious and eclectic programme of music from Thursday 19th January until Sunday 5th February 2023, we’re delighted to see that many Dewar Awardees will be appearing at the festival. Here are some of the highlights…

Catriona Price
Fiddler and composer Catriona Price presents her beautiful debut solo album, Hert – a stunning set of tunes inspired by the poetry of her native Orkney. She also performs as part of Fara.

Calum MacCrimmon
Calum MacCrimmon is a member of the band Breabach.Fresh from winning Folk Band of the Year at the Scots Trad Music Awards, Breabach will perform alongside Dervish at January’s festival. 2022 sees the release of their latest album Fàs (meaning growth/sprouting). Heavily inspired by the natural environment of Scotland, the band showcase more progressive elements in their music than ever before.

Hamish Napier
Hamish Napier is performing ‘Nae Plans’ with long term collaborator, Adam Sutherland. Taking their inspiration from the spontaneity of traditional music sessions, the two sit down on the stage without knowing what they will play, making for an exciting experience for both listener and performer.

Jenna Reid
One of Shetland’s finest and most accomplished modern-day fiddlers, Jenna Reid will be performing with pianist Harris Playfair, ahead of the release of their long-awaited duo record One Day, due for release in 2023. 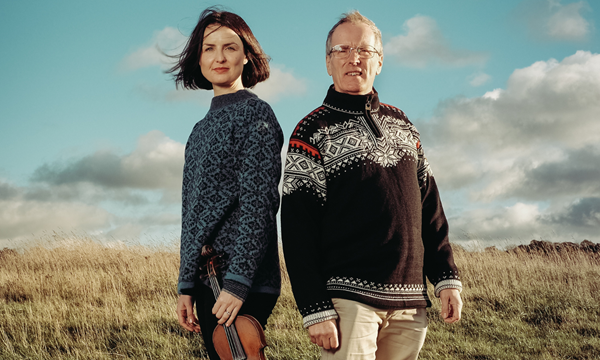