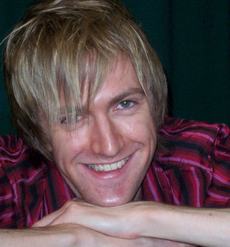 Hailing from Connel, a small village near Oban, Andrew is a prodigious musical talent. He started learning piano at the age of 8 with Geoffrey Heald-Smith. He studied harp and composition with Savourna Stevenson, whom she describes as one of her most talented students.

Andrew is an energetic and charismatic young performer with an impressive CV including BBC radio and TV performances, Celtic Connections Festival and the winner of many music prizes.  He has an interest in a broad range of musical genres, which embraces both his commitment to his Scottish musical roots and a passion for the challenge of the piano concert repertoire.

He won the Mòd Piano Competition five years in a row and was then politely asked not to enter again in order to give others a chance! He has represented Scotland at the Pan Celtic Festival in Ireland, winning First Prizes in the Group and New Song Competition and Second Prize in the International Harp Competition. Also a talented clàrsach player, Andrew performed at the prestigious World Harp Congress in 2002.

More recent competition successes includes reaching the final of the RNCM Concerto Competition, the Manager’s Discretionary Award for outstanding performance at the Jacques Samuels Intercollegiate Piano Competition, and an award by the John Ireland Society of his complete solo piano works.  In 2006 Andrew won the RNCM Ravel Competition, giving him the chance to perform Ravel’s G Major Piano Concerto as soloist with the RNCM Symphony Orchestra.

In 2005, he received a full scholarship to attend the Gold Country Piano Institute’s ‘Mastercourse in Interpretation’ in California. Subsequently, he was selected to perform in several concerts around California.  2006 performances include Mozart’s Concerto in A Major K488 with the Nottingham Youth Orchestra and Bartok’s Piano Concerto No. 3 with the RNCM Concert Orchestra.

Andrew is studying piano at the Royal Northern College of Music in Manchester, where he is considered to be an intelligent and talented pianist with enormous potential.  He plans to continue at RNCM on the Master’s programme for which he has been awarded a Major Entrance Scholarship.

Andrew received a Daughter of Dewar Award towards the purchase of a grand piano.

Since buying a grand piano, Andrew graduated from RNCM with first-class honours, the Alfred Class Pianoforte Scholarship for the highest Final Recital mark and the Hilda Anderson Den Award for highest academic marks. He was also the first student to perform two concertos with the college orchestra in the same year. Not to mention being the first student to perform in a kilt.  Andrew attributes a lot of this success to being able to practise on a professional-quality piano.

Andrew is now pursuing an MMus at RNCM. He has also won a Fulbright Scholarship to continue his studies at Eastman College, Rochester, towards a DMA. 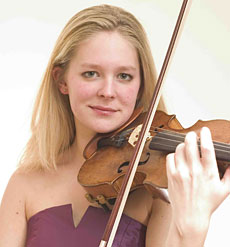 I have surprised myself with the amount of progress I've made as a violinist and the whole experience is enabling me to grow in many ways I never expected. This opportunity would [have been] impossible without the kind support from the Dewar Arts Awards.

According to her violin tutor at the RSAMD, Amira has ‘star quality’ and is quite simply the best violinist he has ever taught. Not only does she have an outstanding talent as a violinist, but she also has the ability to hold an audience. While still at the RSAMD in Glasgow Amira regularly brought the house down at student gigs with her techno-rock ceilidh group, which she formed with friends from school.

After she completed a Masters in music at the RSAMD, Amira could have begun a successful professional career, but she was encouraged to set her professional sights at the highest possible level.

She is currently in a postgraduate programme in Texas studying with leading violin tutor, Brian Lewis.
Shortly after arriving in Austin, Amira auditioned for the University Symphony Orchestra and was thrilled to be offered the post of Concertmaster.  In her first concert she played the solo violin part in Brahm’s Symphony No. 1, which was extremely well received.  After a successful first year, Amira writes, “My dreams seem more accessible now.”

Amira received a Dewar Arts Award to support her studies at the Texas Music School.

May 2007: After two years studying violin performance at the University of Texas with Brian Lewis, Amira graduated in May 2007 with a Master in Music and the “Outstanding Master of Music Recital Prize”. She writes, “I feel incredibly fortunate that I was afforded the space, time and opportunity to learn such a great deal and also have the support and belief that I was capable of doing it.”

Amira is now working in the UK as a full-time musician. She and fellow Dewar Award-winner, Genna Spinks, have formed a string duo.

March 2017: in 2015 I became a member of the 1st violins in the Scottish Chamber Orchestra. For me, this is a dream job which has involved tours round Europe, India and the Far East, and has included making highly acclaimed recordings and also appearances at the BBC Proms. I feel incredibly lucky to have had the support from the Dewar Arts Awards 2005-2007 and know that my chosen career path might not have been possible without it.

I have surprised myself with the amount of progress I've made as a violinist and the whole experience is enabling me to grow in many ways I never expected. This opportunity would [have been] impossible without the kind support from the Dewar Arts Awards. 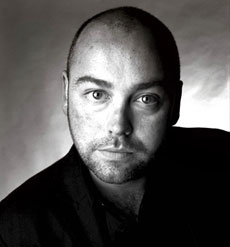 What Aidan combines is the best of what I regard as 'Scottishness', outstanding ability and outstanding commitment, all delivered with great humour

Aidan O’Rourke was brought up in the West Coast town of Oban and moved with his family to the beautiful Seil Island, near Oban, as a teenager. He lived there until going to university in Glasgow at 18.

In 2005 he took up a two-year musician-in-residence at the Tolbooth in Stirling, which the Artistic Director says “is as much about nurturing Aidan’s talents as a composer and musician as it is about the Tolbooth utilizing the talents of the musician”.

In 2004 Aidan was commissioned by Fife Community Services to compose and perform a piece of music to celebrate the visit of his holiness the Dalai Lama to Fife. As part of the project he worked with troubled young people with a broad range of musical talents.

According to all who worked with him, Aidan’s work on the project was ‘inspirational’, both in relation to the composition and to the performance he drew out of the youngsters.

Aidan received a Daughter of Dewar Award to buy a new fiddle.

Aidan is a busy recording and performing fiddler at the top of his game, including playing and recording with Blazin’ Fiddles and his new trio Lau. His fiddle was coming to the end of its life, and Aidan badly needed a new one to match his abilities and to enable him to challenge himself musically.

What Aidan combines is the best of what I regard as 'Scottishness', outstanding ability and outstanding commitment, all delivered with great humour 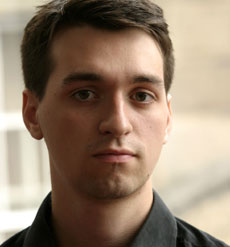 Aaron writes that “since both my parents are musicians, music has always been a central part of my life.”

Multi-talented Aaron has been playing the violin since the age of 7 and now also plays guitar and piano, sings and writes music.

Brought up in Canada and now based in Orkney, Aaron has immersed himself in the local traditional music scene. He plays with many of the Scottish orchestras and has been involved in several productions at the St Magnus Festival.

The Dewar Arts Award enabled Aaron to buy a performance-standard violin.  A second Award funded the purchase of a new bow. 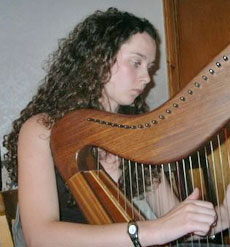 From an early age Katie wanted to be a traditional musician.

She has supported well-known Scottish band Capercaillie and performed at the Festival de Cornouaille in Brittany, Falun Folk Festival in Sweden and the Edinburgh Fiddle Festival. In 2005 she performed at Celtfest in Cork as part of the European City of Culture Celebrations.

Katie is studying Scottish music at the RSAMD, Glasgow.

The Dewar Arts Award enabled Katie to buy her a professional-standard clàrsach. 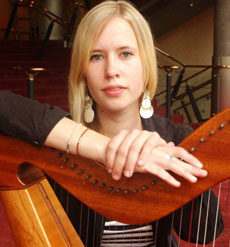 Even by the time Maeve was nominated for an Award she was an accomplished singer, clàrsach player and teacher.

She performed a specially-commissioned piece by Martyn Bennett on electro-clàrsach at the opening of the Scottish Parliament and has been invited to perform at several high-profile events since.

A graduate of the Broughton School of Music in Edinburgh, Maeve explains why she chose Berklee, “It was founded in the early 20th Century … as a place to study the roots of jazz and blues as well as moving with the times and embracing the modern rock and pop cultures..  I feel I would develop more as a musician if I developed my knowledge of jazz and blues.”

The Dewar Arts Award supported Maeve for four years at the Berklee College of Music in Boston.

Maeve teamed up with two Argentinian musicians, also Berklee graduates, to form the Maeve Gilchrist Trio, who create a wonderful fusion of Scottish traditional, Latin American and jazz rhythms.  Her debut album “Reaching Me” was released in 2006.  Maeve divides her time between the States and the UK.  For more information about Maeve’s current work, see her website www.maevegilchristmusic.com.