Guitarist Sean Shibe received a Dewar Arts Award in 2008, enabling him to purchase a professional guitar. He was 15 years old and studying at the Royal Scottish Academy of Music and Drama (now the Royal Conservatoire of Scotland).  Since then, he has gone on to become one of the most accomplished and celebrated guitarists of his generation.

Sean was the first ever guitarist to be selected as a BBC Radio 3 New Generation Artist. He has since been featured on numerous BBC programmes including ‘Front Row’, ‘Inside Music’, and a special series entitled ‘Sean Shibe’s Guitar Zone’.

In 2018, Sean received the Royal Philharmonic Society Award for Young Artists – the first ever guitarist to do so – and in 2019, won a ‘Concept Album’ Gramophone Award for his critically-acclaimed recording ‘softLOUD’. His latest album has topped the Official Chart for specialist classical music and he has recently signed a multi-album deal with Pentatone.

Sean has performed internationally at renowned venues and festivals, has appeared with world-leading orchestras and has collaborated with artists including the BBC Singers and performance artist/art filmmaker Marina Abramovic. His imaginative performance programmes include newly commissioned works, expanding the repertoire of the guitar and giving new voice to the instrument.

Sean is a truly exceptional Scottish artist and we are proud to have been part of his journey.

Read more about Sean and his Dewar Arts Award

‘Scottish guitarist Sean Shibe’s critically acclaimed work brings a new approach to the classical guitar by experimenting with instruments and repertoire. His new album Bach: Pour La Luth Ò Cembal, featuring works written for the lute but played on guitar, is number one in the Official Specialist Classical Chart’

Clips from Sean’s series, exploring ‘the rich sounds of the guitar and its relatives in music from seven centuries’

Inside Music on BBC Radio 3

‘Guitarist Sean Shibe takes lockdown recording to new heights as he builds a studio underneath a fortepiano (that’s correct) and lines up a playlist that features drones, dance music and a reconstructed Dresden manuscript. The guitar makes an appearance with pieces by Bach, William Walton and Johann Kaspar Mertz, as well as some comforting music for the guitar’s cousin, the lute’

***** “This astonishing and adventurous guitarist plays with such depth of tone, colour and intricacies of touch that it is as though he’s at a harpsichord…Shibe’s music-making is masterful, beautiful and convincing in every way” – The Times

“I’m learning things about the music I hadn’t noticed before because of the way Shibe voices and inflects it with such intimate understanding”  – Andrew McGregor, BBC Radio 3 Record Review

“Commandingly impressive in slower movements… the clarity in his articulation of the most complex counterpoints is as exemplary as his gloriously warm timbre is alluring” – Stephen Pettit, The Sunday Times

“Stunningly recorded, this collection is a memento of a young artist on the vertiginous ascent, offering music making that is utterly ravishing” – Apple Music

***** “A mesmerising journey from light to dark… The spell, as always with Shibe, was total; no other guitarist that I know of is working at this artistic level” – The Arts Desk

Mirren cites her support from the Dewar Arts Awards as crucial in her progression.

In 2016,  Mirren Mack applied for a Dewar Arts Award to cover her tuition fees at the Guildhall School of Music and Drama in London.  Now, she is poised to take to our screens on BBC One’s new drama ‘The Nest’.

Born and raised in Stirling, Mirren studied Musical Theatre at the Dance School of Scotland.  Her passion for acting led her to audition for the prestigious Guildhall.  She was overjoyed to be selected, but needed financial support to access the opportunity. Having accessed funding from the Dewar Arts Awards, she developed her skillset through her studies and is now demonstrating her true potential as an emerging talent.

In an interview with the Mail on Sunday, Mirren credited her support from the Awards as being fundamental in her progression as an artist. She says that when she walks past the Donald Dewar statue on Buchanan Street she ‘rubs his foot for luck and says thank you’.  She is grateful for the support at a time when it was most needed and will do all she can in future to ‘give that opportunity to someone else’.

‘The Nest’ will premiere on BBC One on Sunday March 22nd at 9pm.

** If you feel a Dewar Arts Award could support you in your progression as a young artist, or know someone else who might benefit, find out more about how to apply on our Eligibility and Application pages **

Read more about Mirren on her Awardee Profile.

Watch Mirren and her co-stars discuss ‘The Nest’: 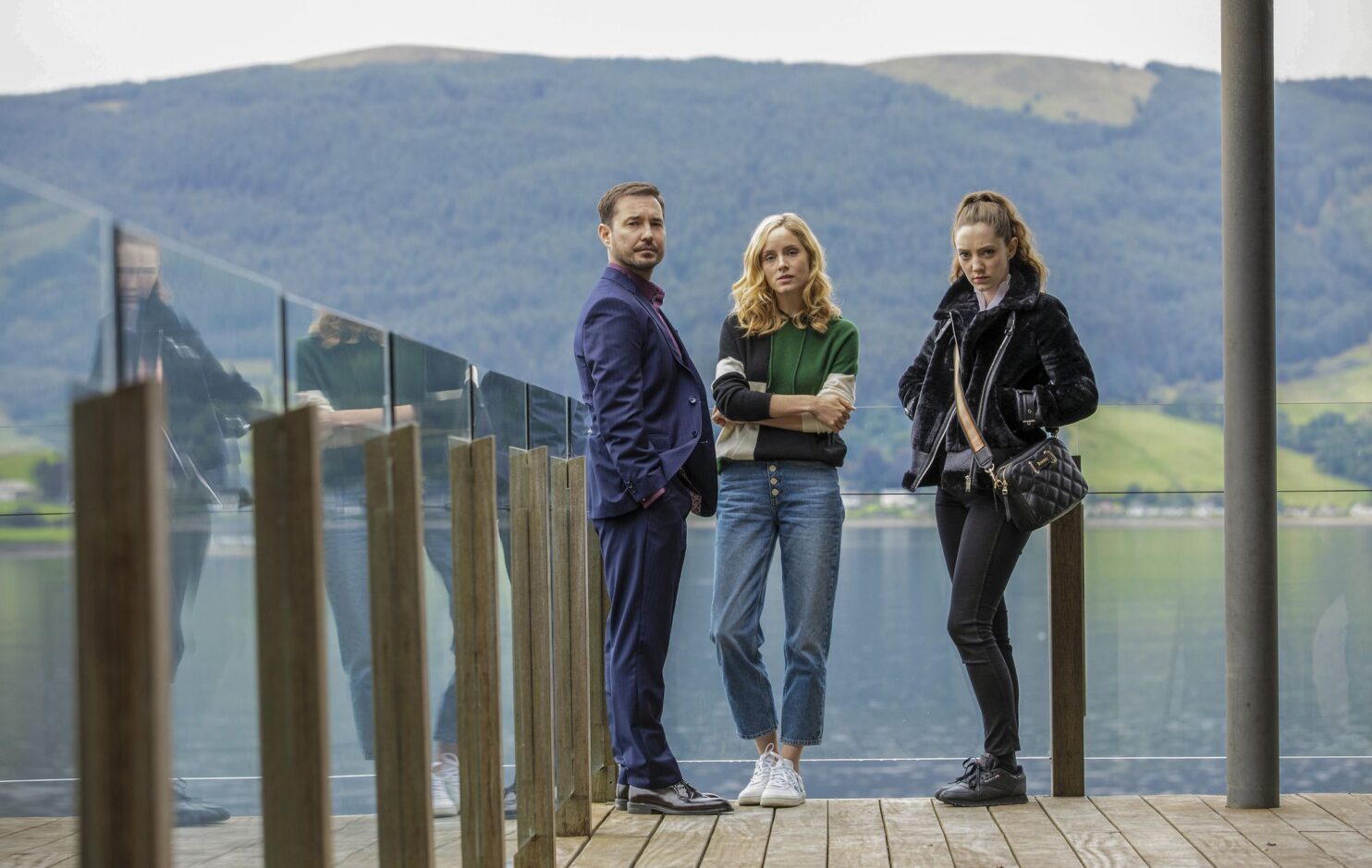 The Dewar Arts Awards has received additional funding for the next three years from the William Grant Foundation. These funds will be used to further our work to support exceptionally talented young people who lack the financial means to achieve their full potential. The Dewar Arts Awards would like to thank the Foundation for its generous support. The new funds will be administered in the same way as our existing funds – the application process therefore remains unchanged.

Congratulations to Dewar Arts Awardee Jenna Reid, who has been named Composer of the Year at the 2019 Scots Trad Music Awards.

Jenna is a fiddle player from Shetland, who has played music professionally for 20 years.  As well as composing and performing solo, she is a member of renowned ensembles Blazin’ Fiddles and RANT.

You can read more about Jenna on her Awardee Profile.

The show is adapted by Jenni Fagan from her award-winning novel and directed by Debbie Hannan.

Two Dewar Arts Awardees have collaborated on a new stage production of The Panopticon.

Awardee Jenni Fagan adapted The Panopticon from her award-winning novel to an ambitious stage play for performance by the National Theatre of Scotland. Featuring a fifteen-year old protagonist, the show is set in a young offenders’ institution and is ‘a visceral, bloody and brutal testament to life and friendship’.

Jenni Fagan was the recipient of a Dewar Arts Award in 2007. This supported her studies in creative writing at Norwich School of Art & Design, and later at Greenwich University.  She graduated with a first class degree and went on to study an MA at Royal Holloway, taught by Andrew Motion.  Read more in her Awardee Profile.

Director Debbie Hannon received a Dewar Arts Award in 2010.  This supported her in completing an MA in Directing at what was then the RSAMD in Glasgow (now the Royal Conservatoire of Scotland). Read more in her Awardee Profile.

The production has been widely acclaimed for its ambition, bravery and delivery.

Find out more about The Panopticon on the website of the National Theatre of Scotland.

The Telegraph – ‘an admirable boldness and ambition’