I am writing to accept the Dewar Award which I have been awarded for courses at Beaconsfield - I am delighted to have been selected.

Edinburgh-born Ben was forced to leave school at 18 due to family circumstances. Unable to complete his further education, however, has not thwarted Ben’s ambition nor dampened his enthusiasm.

In 2005 Ben applied for a course on film-making offered by the Prince’s Trust and since then has set his sights on making a career in film production. Immediately after the course, he went on to complete an HNC in Communication with Media and later set up his own business in Film Production & Photography, thanks to a starter grant from the Prince’s Trust.

Ben has continued his association with the Prince’s Trust, producing a number of documentary projects, and representing the Trust as a Young Ambassador. In 2008 he won the Princes Trust Stills for Enterprise and Community Impact Award.

One of Ben’s long-term project is to set up an Internet Television Studio in Scotland. To enhance his skills in order to achieve this ambition, Ben applied for and was offered a place on the residential programme Summerdocs at the prestigious NFTS, Beaconsfield.

The Dewar Arts Award was given to help finance Ben’s study at the NFTS.

I am writing to accept the Dewar Award which I have been awarded for courses at Beaconsfield - I am delighted to have been selected. 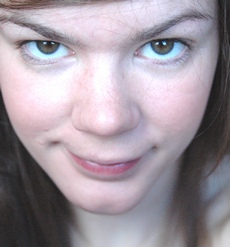 You cannot imagine how grateful I am or how happy I was on opening your letter! Thank you a million times over.

Jenny was born in Vancouver and moved to Scotland with her family when she was seven. She has wanted to make films since she was twelve years old. It was a double thrill to be accepted to study film production in the city where she spent her early years.

Jenny started her formal training in film making at Dundee University on the Time Based Art Programme, where she specialised in film. She was considered to be one of the most talented students on the programme where she achieved top grades in all her assessments.

While a student she entered a climbing film Brick and Mortar Disorder, on rock climbing on buildings, into the Dundee Mountain Film Festival and won second place in the People’s Choice competition. She demonstrated her talent and potential for film-making by bringing a fresh approach and a sense of humour to the genre.

Jenny’s short film ‘Stupidity Pays’ can be viewed on the Channel4 4Talent website, and her film ‘Rat’ has been nominated for a Royal Television Society Student Award. She is the second awardee to be supported to study at the prestigious Vancouver Film School.

Jen successfully graduated from VFS and moved back to Glasgow in 2009 to look for work.  She writes, “with a script in my back pocket and an eagerness to get in touch with the contacts I have [in Glasgow].. I am very excited to be returning to Scotland, and I will always be extremely grateful to Dewar Arts Awards for supporting me.”

You cannot imagine how grateful I am or how happy I was on opening your letter! Thank you a million times over.

I was thrilled to receive your letter of award.

Dumfries-born Michael graduated with distinction from Queen Margaret University College in 2005 with a degree in stage management and theatre production. Since graduation he has been working freelance in Scotland’s theatre and film industry towards his long-term goal to become a producer.

While an undergraduate, Michael’s particular interest was in stagecraft and screencraft. He was employed by the university as cinematographer and line producer on a number of undergraduate films shot as part of the BA Acting course. One film, Watching’, was screened at a number of short film festivals and for a week on Sky TV.

Since graduation, he has worked on a number of films in different capacities. Recently a short film on which he collaborated was screened at the 2007 Leith Festival and the New York Minute Film Festival.

Michael is considered to have all the attributes needed to become a successful producer; talent, creativity, drive and enthusiasm. To help him to the next stage in his career, Michael identified a number of courses that would provide him with the skills and experience he needs.

The Dewar Arts Award is funding Michael to attend a series of professional courses in film production.

Michael attended two courses on Moving into Management and on Production Management. As a result, he has been consistently employed during the worst part of the economic downturn of 2008-9. The benefits of the courses eventually helped him to secure a permanent position at one of the major schools in Edinburgh as Production Manager, responsible for all their drama productions.

I was thrilled to receive your letter of award.