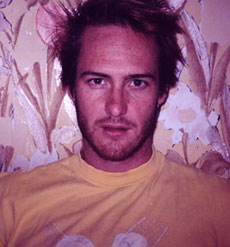 I received an acceptance letter from the Dewar Arts Awards... and am not sure if I've stopped jumping for joy yet!!

Anthony’s down-to-earth approach enables him to engage and enthuse many people who would not normally describe themselves as fans of either ‘performance’ or ‘contemporary’ art. His work and the way he works is all about valuing the human spirit and enhancing the quality of life.

Anthony was born in Zimbabwe and moved around the world with his family during his early years, eventually settling in Canada. He came to Scotland to take up a place on the Master of Fine Art course at the Glasgow School of Art.

Anthony works with big emotional concepts in ways that are able to engage and interest the ordinary guy in the street, and indeed he has engaged people from all walks of life in his work.  He is the antithesis of the ‘ivory tower’ artist in desiring to reach as wide an audience as possible with his work.

Writing about live art practitioners, Anthony says that one of the difficulties an artist faces is “time to develop, time to experiment, and a space in which to try, to succeed and, importantly, to fail – for it is through our mistakes that we grow.”

The award helped Anthony to safely explore the edges of his current practice and to expand them.

Anthony received a Dewar Arts Award to enable him to take part in a number of prestigious international exhibitions. Because his work is performative and live, Anthony has to be present in order to exhibit. His Award enabled him to accept these invitations.

Subsequently Anthony was invited to do two separate residencies in Iceland, thanks in part to the recognition of the Dewar Award.

I received an acceptance letter from the Dewar Arts Awards... and am not sure if I've stopped jumping for joy yet!! 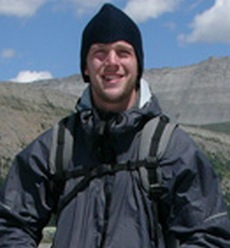 I am hugely grateful to have been given the chance to go to Banff. It was an unforgettable experience and has had a very encouraging effect upon my development as a young artist.

Fife artist, Robert Niven, graduated from the Glasgow School of Art in 2003.

To develop his art and to take it to new places, Robert applied to go on a self-directed creative residency in Canada.  His time at the Banff Centre was a very important experience for Robert giving him an opportunity to develop his art practice and to meet and get to know an amazing variety of international artists.  He says that the experience gave him time, space and support to experiment, to collaborate and to enjoy making art.

He made friends with artists worldwide which led to an invitation to the Istanbul Biennale, a residency in Argentina and a visit to artists in Mexico City.

Robert’s art practice has developed dramatically since Banff, moving from photography into sculpture. Robert completed an MFA at the University of British Columbia, Vancouver in 2007 supported by a Commonwealth Scholarship.

Robert now lives and works in Glasgow.  He has been developing a group of sculptural collages that entwine everyday absurdities with historical happenings.  He makes materials coalesce into a form of sculptural dyslexia, with mimesis, misrecognition and metamorphosis merging to create mongrel forms.

I am hugely grateful to have been given the chance to go to Banff. It was an unforgettable experience and has had a very encouraging effect upon my development as a young artist. 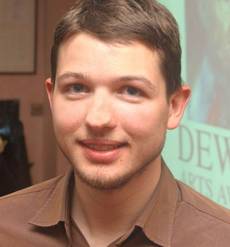