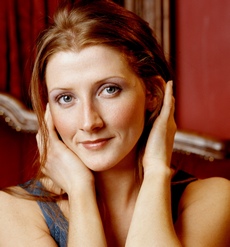 I was absolutely delighted to receive the news of the award.

Brought up in Coatbridge, Maureen studied voice and piano from the age of 12. She went on to study music at Strathclyde University, gaining a first class degree in Applied Music, winning the ‘Sir Alexander Stone Prize for Excellence in Performance’ for her final recital.

Maureen has trained in a range of styles, from classical, musical theatre, jazz and contemporary. In 2007 she performed at the 41st Montreux Jazz Festival in Switzerland, where she beat off competition from thousands of singers worldwide to compete in the semi-final of the Shure Vocal competition. She was the only UK singer to reach the final eight.

Acclaimed Scottish jazz musician, Tommy Smith, describes Maureen as a ‘phenomenal singer … [whose] … voice embraces jazz, blues, gospel, and soul and transmits emotions like few other singers.’ As a singer/songwriter and backing vocalist, Maureen has performed at many major Scottish music festivals, including the Edinburgh ‘Fringe’, Celtic Connections and the Glasgow Jazz Festival, and has worked with some of Britain’s most influential contemporary musicians. In 2008 she joined the Scottish Jazz Orchestra as the singer on their Jazz Toons tour.

After working hard as a full-time professional singer for some years, Maureen has a strong desire to expand her knowledge of music and develop her creativity as a singer/songwriter. She has been awarded a partial scholarship to study for a Diploma in Professional Performance at the prestigious Berklee College of Music in Boston.

The Dewar Arts Award will provide financial assistance to enable her to take up this fantastic opportunity.

In 2008, Maureen once more was selected for the semi-final of the Montreux Jazz Festival, Shure Vocal Competition, in Switzerland. She is the only UK entrant to make the final 12 worldwide. The president of the jury this year is jazz/soul legend Patti Austin.

Maureen made the most of her opportunities while at Berklee, graduating with top honours (Summa Cum Laude) majoring in song-writing. Her tutors at Berklee have tipped her as the one who will make it.  Maureen was invited to sing during the Commencement Ceremony of her graduation. Afterwards Barbra Streisand, no less, came back stage to congratulate her and encourage her to continue singing. Maureen has gained an internship with the world-famous Warner/Chappell house in Nashville which has some major names on its label. Maureen writes, “Sometimes it is hard to put into words how much this experience has completely changed my musical horizons and perspectives. Doors are opening up for me now that I could never have imagined..I have only positive things to say about the Dewar Awards who believed in me from start to finish and allowed me to follow my dreams.”

I was absolutely delighted to receive the news of the award. 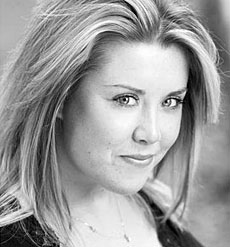 I am so overwhelmed by your support and cannot thank you enough. You have given me the opportunity to move one step closer to my dream

Susan McCathie gained a first-class honours degree in music teaching at the University of Aberdeen. Her singing tutor was struck by the potential of her singing, both by her technical ability and her artistic response to the music she was performing. She received maximum marks at her end of year assessments.

In gaining a place on the prestigious Royal Academy of Music’s one-year postgraduate Musical Theatre course, Susan beat off some serious competition. Over 1,500 people applied for the 30 places given.

The Dewar Arts Award funded Susan on the one-year postgraduate Musical Theatre course at the Royal Academy of Music, London.

Susan graduated with a Postgraduate Diploma in Performance, gaining a distinction in all but one subject.  She continues to write songs, and to sing, act and teach singing.

I am so overwhelmed by your support and cannot thank you enough. You have given me the opportunity to move one step closer to my dream

Opera is what I really love and enjoy doing and I am willing to go and work wherever I can to succeed. Without your generous support, I would never have had any of this.

Nuño is one of two Portuguese opera singers who have benefited from the Dewar Arts Awards, the other being Carla Caramujo.

While Nuño was studying mathematics and music at Coimbra University in Portugal his singing teachers began to encourage him to consider seriously a career in opera. Subsequently, his teachers at the Opera School at the RSAMD, Glasgow consider his voice – which is a strong baritone with a naturally attractive darkish timbre to it – to be a good Verdi baritone in the making.

A tall man with a big voice and a big stage presence to match, Nuño has already impressed as someone with a healthy ambition, keen to improve and not afraid to work hard.

Nuño has had to struggle financially throughout his vocal studies.  The support from the Dewar Arts Awards enabled him to continue studying at Glasgow at the point when he almost had to give up.  He writes, “I have a big ambition to succeed in Opera. I have worked hard for the last three years in Scotland and now have the wonderful opportunity to develop even more.”

Nuño has completed his studies in Glasgow and is in Germany working with a teacher who trained, amongst other top tenors, José Carreras.

Nuño received an award to help fund his postgraduate studies in opera at RSAMD, Glasgow.

Nuño successfully completed his studies in Glasgow and moved to Germany to work with a teacher who trained, amongst other top tenors, José Carreras.

Opera is what I really love and enjoy doing and I am willing to go and work wherever I can to succeed. Without your generous support, I would never have had any of this. 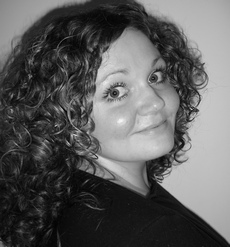 I am in the wonderful position of being able to look at my diary and see it full. I want to thank the Dewar Arts Award for helping me to get where I am today.

Hailing from Dundee, Joanne is a graduate of the RSAMD, where she gained both an Honours degree in performance and a Masters in opera with distinction. She won a highly coveted place on the Masters Course at the National Opera Studio, London – only two places were given, out of over 60 sopranos who auditioned.

The Studio prepares exceptionally talented singers for a career in opera.  Although the course is just a year, accommodation and living expenses in London are high and generally out of the reach of students. Without the Award, Joanne says that she would not have been able to finance herself through this course, which was a once in a lifetime opportunity for her.

Joanne is a lyric soprano of exceptional quality and undoubtedly has the talent to succeed in the highly competitive profession.

Joanne received a Dewar Arts Award towards her studies at the National Opera Studio, London.

Joanne’s first job after graduating from the Opera Studio is with Scottish Opera understudying the role of Sophie in Der Rosenkavalier.  The Welsh National Opera have subsequently offered her a principal artist’s contract for 2007-08.  Her first role will be Clorinda in Rossini’s La Cenerentola.

I am in the wonderful position of being able to look at my diary and see it full. I want to thank the Dewar Arts Award for helping me to get where I am today.